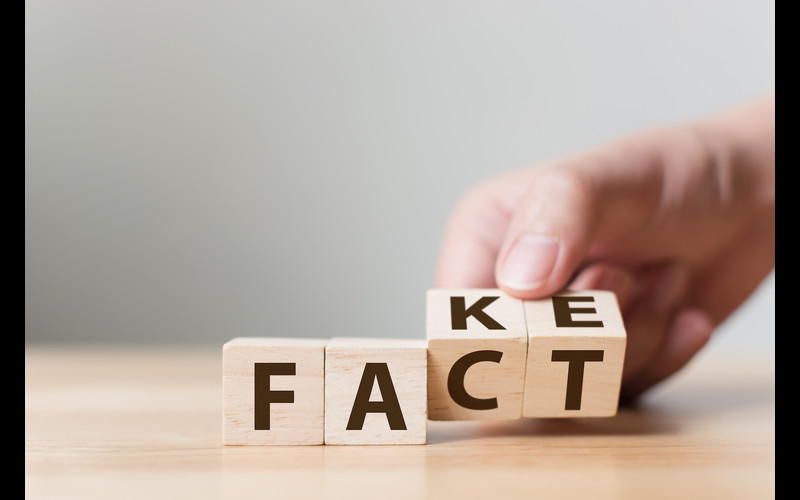 We are always told to ‘avoid that’ and ‘do this’, here’s 15 health ‘facts’ we’re often told which are in fact totally wrong:

1. Your blood turns blue when it’s out of oxygen: MYTH

Blood is never blue: It turns dark red when it’s not carrying oxygen. Blood only looks blue because you are seeing it through several layers of tissue, which filters the colour.

2. Humans only have 5 senses: MYTH

We have more than the basic sight, smell, taste, touch and hearing. People often neglect vital senses such as balance, temperature, and time, as well as proprioception – the body awareness that helps us not walk into things all the time – and nociception, our sense of pain.

3. Carrots give you night vision: MYTH

Those who suffer with poor vision will especially benefit from Vitamin A as it particularly good for the health of your eyes. The main nutrient in Carrots is Vitamin A which is where the link is, however, eating great quantities will sadly not give you night vision.

This myth is actually thought to date back to British Propaganda used during WWII.

4. Chewing gum takes 7 years to digest after being swallowed: MYTH

Chewing gum is for the most part indigestible, however, the occasional swallowed piece can pass through your intestines and exit the body in the same way any other ingestible item.

5. Microwaves give you cancer and disrupt pacemakers: MYTH

Radiation from microwaves won’t give you cancer, it’ll just warm up your tea.

There are only a few types of radiation that cause cancer, and this is subject to the dose. This can include radiation from the sun.

6. Swimming within 1 hour of eating can cause you to cramp up and drown: MYTH

This claim is based on the digestion of food draws blood to the stomach in turn taking it away from the muscles which means cramping up is more likely. There’s no scientific evidence to back this claim up though and many sources report that there are 0 cases reported cases of drowning relating to cramp associated with swimming on a full stomach.

If only all it took was taking one pill per day to stay healthy. Sadly, this is not the case and decades of vitamin research is yet to find any significant health benefits. They’ve actually recently been associated with increased risk of various types of cancer.

8. ‘Breaking the seal’ when you’re out drinking means that you’ll be more frequent: MYTH

There is no seal. Alcohol is a diuretic. The more you drink the more your trips to the toilets will increase.

You’re prolonging the inevitable unfortunately. Even a mimosa or Bloody Mary the morning after won’t do anything to cure the hangover, it will just delay the suffering!

Stay off the coffee too, as its also a diuretic you’re actually going to be worse off as you’ll be dehydrating yourself further!

Drinking to excess can damage the connections between your brain cells, however, it wont actually destroy any neurons.

That’s not a green light to go mad though as excessive drinking over long periods of time can cause damage to your brain.

11. Brown sugar is ‘better’ for you than white sugar: MYTH

Just because brown sugar is brown does not mean that it is more ‘natural’ or indeed healthier for you. Sugar gets its colour from a common residual sticky syrup called molasses.

The difference between them is that brown sugar retains some of the molasses, but if refined further you would be presented with white sugar.

Molasses does have some vitamins and minerals but there is nowhere near enough in standard brown sugar to make it the ‘healthier’ option. To all extends and purposes, brown or white, its still sugar to your body.

12. Sitting too close to the TV will damage your eyes: MYTH

Everyone must have heard this as a child. Turns out, the worst that will happen is a headache from eye fatigue.

It’s thought that this originated from old TVs which used to emit low energy X-rays. Modern day ones do not have this issue.

13. Cracking your knuckles will cause arthritis: MYTH

Another one that most children get told. Fortunately, this also is not true. Although it is the cause of annoyance to people around you, it’s not going to affect your long-term health. The ‘cracking’ and/or ‘popping’ noise is caused by air bubbles escaping from the joints

14. Being cold will lead to you catching a cold: MYTH

Did our parents ever tell us the truth!? Providing you avoid hypothermia, there’s no evidence that going outside with wet hair when it’s freezing will make you ill.

We get viruses more frequently in the winter as we spend more time in close quarters with other people who will potentially have a cold causing virus.

A tiny and largely misinterpreted study in 2002 recently fanned the flames of this myth but limiting your caloric consumption may actually hurt your immune system more than helping it — it would certainly be a bad idea to not eat during the six- to eight-day duration of a cold.

Instead, doctors say to go ahead and eat if you can. The more accurate expression would be “feed a cold, feed a fever.” And make sure to drink plenty of fluids.