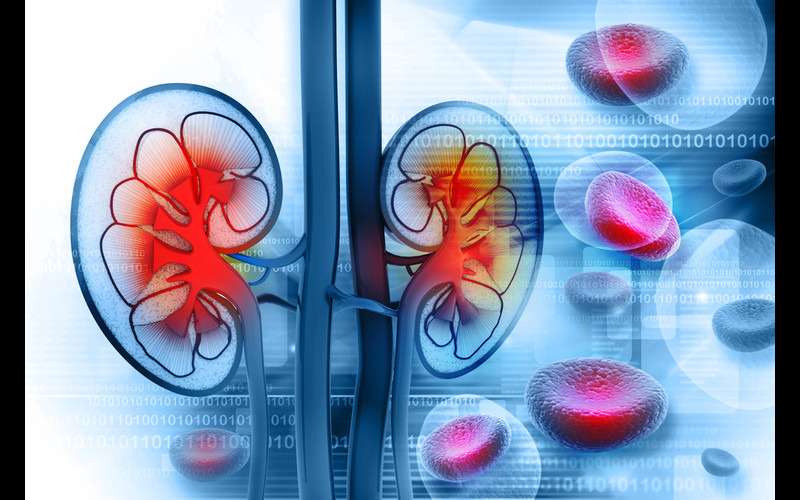 Kidney Cancer is the 7th most common type in the UK, and each year around 12,600 people are diagnosed with it with 4,400 losing their life to it. The disease, which is also known as renal cancer, is mainly diagnosed in people in their 60s or 70s but a new study has identified that the roots of kidney cancer can start in childhood or adolescence, decades before it is diagnosed if it ever is at all.

It is caused by a common fault for humans – a botched repair of broken chromosomes which can remain dormant in the body and may never cause us any harm. However, for the unlucky 1%-2% of the population, this fault combines with further genetic mutations to set the time bomb ticking as a single damaged cell may be all it takes to trigger kidney cancer decades later. These mutations could be caused by smoking, obesity, or an inherited risk of kidney cancer.

A new study has been conducted, which consisted of analysing over 1,000 tumour samples in 100 kidney cancer patients – these patients all had clear cell renal cell carcinoma which is the most common type of kidney cancer. From this scientists, including those from the Francis Crick Institute, were able to wind back the clock and reconstruct the genetic sequence of events that led to the different ways these tumours developed. The analysis showed that there are three evolutionary paths that kidney cancer could take.

The first type of kidney cancer follows a slow evolutionary path and never acquires the ability to become aggressive. These tumours showed little genetic damage and were unlikely to spread, meaning patients would not need to receive such aggressive cancer treatment.

The second type in contrast forms aggressive tumours which rapidly evolve through genomic damage early on in the cancer’s development. This means the cancer can quickly spread to other areas of the body, often before the initial diagnosis of kidney cancer is made.

The third type also has the ability to spread through genomic damage but over a much longer period of time. This type also contains aggressive cancer cells, but the slower evolution means it will often be confined to one area, making it easier to treat.

This explains why kidney cancer could kill quickly in one patient, but another patient with an identical cancer could live for years after treatment. At the moment this leads to uncertainty for both patients and doctors, but hopefully the new study will help identify opportunities for earlier monitoring and treatment of kidney cancer. Cancer Research UK also suggests the study could lead to patients getting the best care, as treatments could now be more individual depending on the circumstances.

Charles Swanton from the Francis Crick Institute hopes these findings will lead to the development of a ‘rule book’ on tumour evolution that will allow clinicians to identify which type a patient has to then provide an accurate prognosis. Although still in its early days, this new discovery looks promising for the future of cancer treatment.