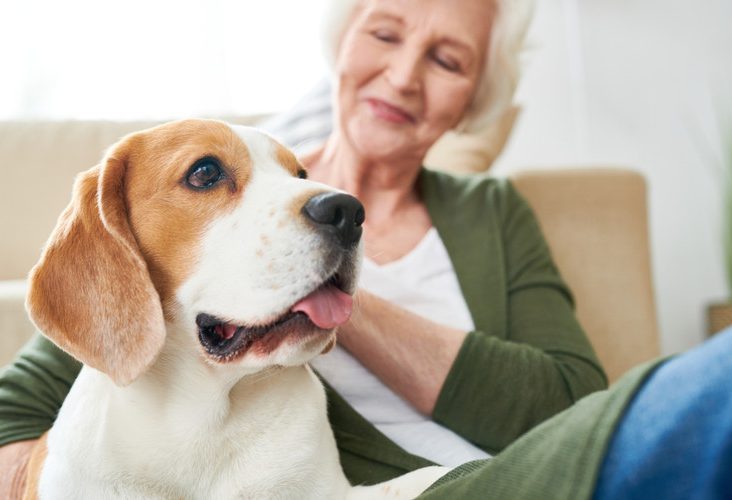 In a breakthrough study, researchers believe that dogs can sniff out lung cancer which may aid early stage detection of the disease.

Presenting their findings over the weekend at the 2019 Experimental Biology meeting, researchers say dogs’ highly evolved smell receptors can accurately pick out blood samples from people with cancer with almost 97 percent accuracy, potentially leading to new cancer-screening approaches that are less expensive and invasive.

Dogs have smell receptors that are 10,000 times more accurate than humans, making them highly sensitive to odours that humans could never perceive.

“Although there is currently no cure for cancer, early detection offers the best hope of survival,” said lead researcher Heather Junqueira in a statement. “A highly sensitive test for detecting cancer could potentially save thousands of lives and change the way the disease is treated.”

Using a form of positive reinforcement behavioural training called clicker training, the team taught four 2-year-old beagles to distinguish between noncancerous blood serum and samples taken from patients with lung cancer. Though the aptly named Snuggles wasn’t up to the test, the other three dogs correctly identified lung cancer samples 96.7 percent of the time and normal samples 97.5 percent of the time by scent alone.

“This work is very exciting because it paves the way for further research along two paths, both of which could lead to new cancer-detection tools,” said Junqueira. “One is using canine scent detection as a screening method for cancers, and the other would be to determine the biologic compounds the dogs detect and then design cancer-screening tests based on those compounds.”

This study paves the way for a larger scale research project designed to explore the use of canine scent detection as a tool for detecting cancer biomarkers, ultimately leading to their identification,” reads the yet-to-be-published study abstract.

BioScentDx, the company responsible for the research, hopes to use canine scent detection to further develop non-invasive techniques for screening cancer and other life-threatening diseases