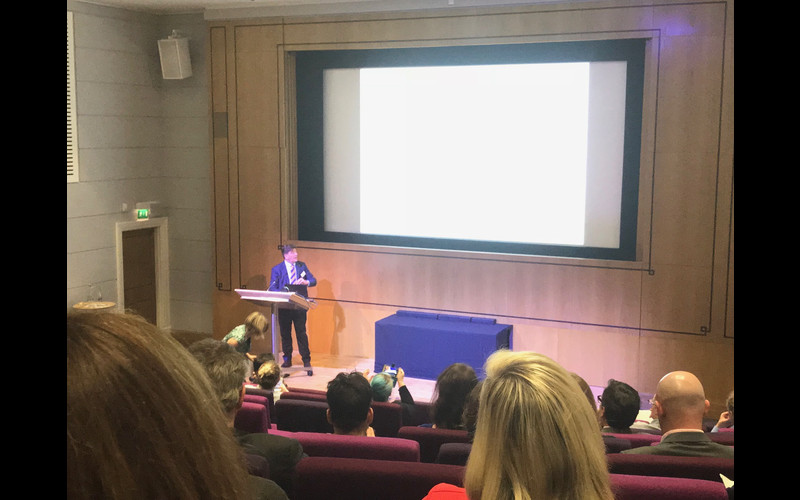 The awards celebrated four institutions and an individual who have helped further the way in which animal research is communicated in the United Kingdom.

The University of Cambridge won the Award for Website or Use of New Media for its videos explaining how animals, including non-human primates, are used to understand and treat OCD.

The winner of the Award for Media Engagement was King’s College London for its eager involvement in the documentary ‘The Monkey Lab’, allowing cameras into to see its marmosets. Harry Dayantis, previously of UCL, was highly commended for his role in bringing ten universities together to press release their animal numbers.

The Award for a Public Engagement Activity was presented to the four organisations that came together to open their labs to 3D cameras in order that the 360o virtual Lab Animal Tourcould be made. The winning institutions were MRC Harwell Institute, The Pirbright Institute, the University of Bristol and the University of Oxford. Tony Davidge, from Cancer Research UK Cambridge Institute, was also highly commended for his role in introducing local school children to the ethical and practical issues associated with animal research.

The Internal or Sector Engagement Award was presented to the Babraham Institute for their partnership with the Sopianum SGS school in Netherlands, getting its students to design and create solutions to challenging problems faced by Babraham, such as creating more effective mouse cages.

UAR’s Individual Award for Outstanding Contribution to Openness in Animal Research was presented to Rachael Buchanan and Fergus Walsh for their time and persistence in getting access and filming laboratory animals and subsequent balanced reporting at a time when ‘animal research’ evoked a knee-jerk response from much of the public and media.

Following the awards, Professor Clive Page, Head of SacklerInstitute of Pulmonary Pharmacology, KCL, delivered the 81stStephen Paget Memorial Lecture ‘How animals have helped with the discovery and development of drugs for the treatment of asthma and COPD’.

To coincide with the Openness Awards and Paget Lecture, UAR has published the third annual report on the Concordat on Openness on Animal Research in the UK. The report details how signatories to the Concordat are fulfilling their commitments to improve openness and transparency, as well as discussing the impacts of the Concordat since it was launched.

Agenda were proud to be one of the sponsors of the 2017 Paget Lecture.  Professor Clive Page talked about progress towards treating asthma and other respiratory diseases.  A packed house listened to how treatments have developed, and progress made to deliver drugs directly into the lungs and giving respite for up to 3 days.  Research is ongoing into these diseases that are still killing people every year.  Professor Page has published over 250 research papers and in 2017 was awarded an OBE for Services to Pharmacology.