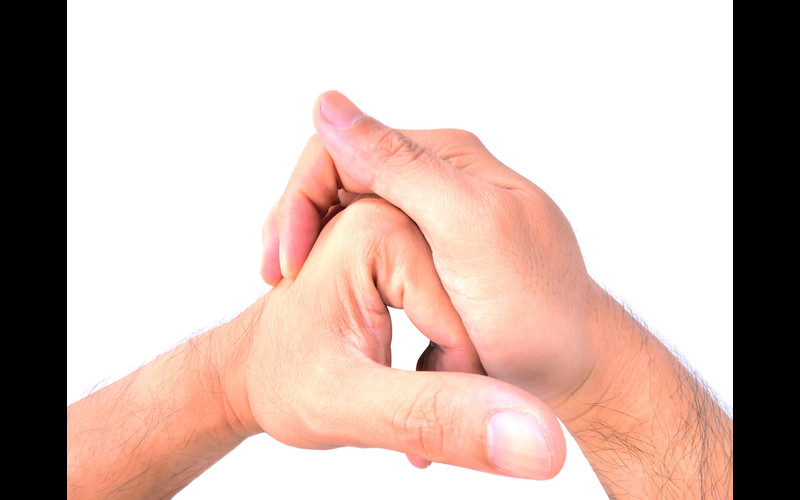 Some people hate it and some people love to do it, but cracking one’s knuckles is a process which seems insignificant to scientific research. That being said, the debate has gone on for around a century now, and until recently the consensus was that we still don’t know what causes the ‘pop’ sound when knuckles crack.

Back in the 1970s it was hypothesised that the noise came from the microscopic air bubbles in our joint fluid bursting. However, this was brought into question years later when it was discovered that bubbles remained in the fluid of the joints even after people had cracked their knuckles. In 2015 it was therefore suggested that the noise was due to the formation of these bubbles. Now a new study suggests that the air bubbles compressing, but not fully collapsing, may be the source of the noise.

This new development comes from a study published in Scientific Reports by Vineeth Chandran Suja and his former professor Abdul Barakat. Suja got the idea when he was cracking his knuckles in class in France and decided to investigate what the cause of the sound was.

He was conducting his investigation when the 2015 study was published, where researchers used a test subject and pulled his fingers in an MRI machine to see that bubbles in the joints appear as they are pulled apart and produce a popping sound. Suja was sceptical of this study as current imaging techniques are not fast enough to catch the behaviour of the bubbles in action. Suja and Barakat instead created a model of the knuckle joint, and experimented to account for factors such as thickness of surrounding fluid and speed at which joints move.

They found that a knuckle crack occurs in one-third of a second, and this is too fast for bubbles to fully collapse to create the ‘pop’ sound. A partial collapse however would fit into the fast time-frame, and is also enough to generate pressure waves that match the speed and intensity needed to create the crack sound. Tiny bubbles remain in the joint fluid after the knuckle has been cracked. These can then reform over time, meaning we will be ready to crack our knuckles again after 20 minutes or so.

The experiment also looked into why some people are less likely to, or unable to crack their knuckles. People who have a smaller space between the bones in the knuckles will be able to crack them, as in knuckles with larger spaces the pressure in the joint fluid will not drop low enough to trigger the sound.

This new information also does not affect what we already know – cracking your knuckles will not give you arthritis or cause you any harm.