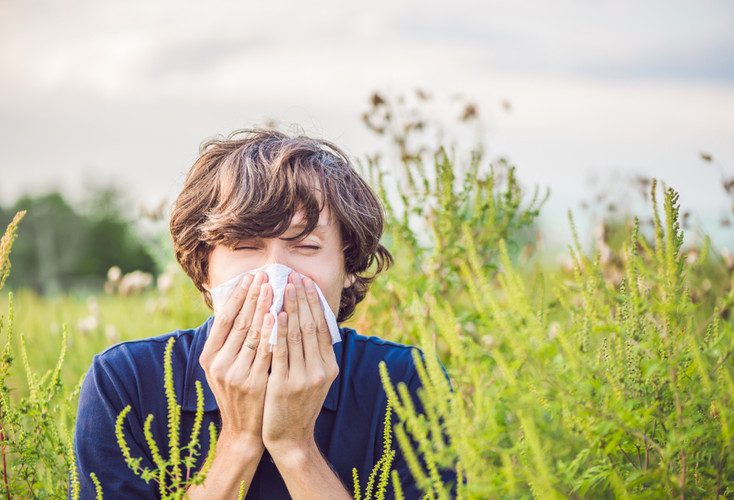 It’s only May and my nose has done more running than Mo Farrah.

When you think of summer you generally picture hazy sun filled days spent on the beach, out in the countryside or down the local beer garden.

Whilst it’s the season that many enjoy and long for most, for others it conjures up images of running noses, streaming eyes, sore throats, persistent itching and sneezing.

Hay fever is one of the most common allergic conditions with approximately 10 million people in the UK blighted by it each year. Although you’re more likely to develop hay fever if you have a family history of allergies, particularly asthma (cheers dad!) or eczema, the bad news is that you can develop it at any time.

The internet is awash with home remedies, prevention tips and cures to beat this seasonal irritation. Rather than offer advice that my mate’s nan swears by; I’ve done some digging to attempt to work out what we actually know to true!

Truth: Hay Fever has nothing to with Hay

In the early 19thcentury it was assumed that freshly cut grass was causing the problem, thus leading to the name. You know what they say about assuming though… James Bostock, a British Doctor and sufferer of the symptoms, managed to correctly identify that hay was not the cause but still missed the point slightly and took a stab at the heat being the cause.

Step forward Charles Blackley, another hay fever suffering scientist. In 1859, Charles was ‘spot on the money’ in figuring that pollen was to blame and even managed to identify that lighter pollen from grass/trees was more likely to induce symptoms as it became air easier. When I said, ‘spot on’, Charles didn’t quite get it 100% and figured that it caused by a result of toxins in the pollen.

Today we know that certain kinds of pollen cause overreactions in the immune system which leads the body to treat it as a virus, which triggers those lovely symptoms.

Truth (Kind of, if you’re lucky): Hay Fever is something that you can grow out of

Sweden has given us lots of little joys: Ikea, Meatballs and Zlatan Ibrahimović spring to mind. They also offered hope to long time sufferers with research that suggested it was most likely to disappear in your 50’s. Much like an Ikea instruction manual that advises a build time of 20 minutes and no previous joinery experience, you can’t believe everything you read. Research has suggested that people can go most of their life with no symptoms and experience them for the first time in their 30’s/40’s.

Generally speaking, although cases are unfortunately on the rise, half the people with hay fever typically find their struggle reduces with age and for an enviable 20%, they even disappear.

This one sounds like an old wives’ tale to me and research suggests that there’s no need to be busting out any rain dances to catch a break from sneezing.

Light to moderate rainfall can actually help but heavy rain can have the adverse effect. In South Korea data shows a rise in outpatient visits with symptoms following periods of heavy rain/typhoons.

10cm is the magic number apparently.

A 14-year review of meteorological data in the US found that pollen levels fell after less than 10cm of rain but rose after exceeding it.

Hard to give you a definite answer here: Hay Fever is worse during the day

We’re entering into difficult territory here. The short version is that it really depends on where you live, which grasses are common in the environment and which you’re allergic to.

The standard advice to sufferers is to stay indoors and wait until the evening to venture out, just like vampires but for different reasons. Staying inside can obviously help but it’s really that simple.

Levels of pollen across plants/grasses such as mugwort and ragweed vary greatly. Mugwort pollen is lower at night but ragweed is can actually be higher. How easily the pollen becomes airborne and how far it travels, really does make this a tricky one.

It’d be nice if it were true but there’s no real evidence: Honey & Gin can cure symptoms

Honey has long been promoted as a home remedy to ease symptoms but there’s actually very little research to support it. In fact, the best case for honey is from a small pilot study in Finland in which suggested participants found a ‘marginal difference’.

Gin seems to be a newer suggestion, it’s one that I like and intend to look into rather selflessly to personally further science. As alcohol contains histamine and sulphite, the Met Office recommends you avoid it as these are two of the main causes of the summer sneezes.

Can’t see that happening? No neither can I.

Where Gin actually may be more promising is that according to my new favourite research foundation, Asthma UK, strong spirits are relatively low in these chemicals and pure Gin often contains no histamine at all.